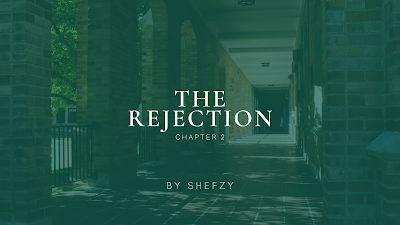 Vikrant spent the night tossing and turning in his bed. He tried hard to sleep but sleep was miles away from him. Giving up all his efforts, he sat upright in the bed, frustrated and ran a hand on his face. He sighed and stood up from his bed, walking to his desk.

As he turned his lamp on, his eyes again fell on his taped up iPod. He grabbed it and plugged it into his speakers, playing another song.

The song started with a guitar sequence, bringing a smile on Vikrant’s sad face.

Vikrant shook his head with a slight smile, as the music livened up.

“And when she lets me slip away
She turns me on all my violence is gone
Nothing is wrong…” he sang along.

Something suddenly bloomed inside Vikrant’s chest and he pulled out his chair, turned his laptop on and started working on something that he had for a long time now. The music kept blasting through the speakers in the middle of the night, filling all the empty spaces in his huge house and somehow filling his empty heart.

The next morning, Vikrant sat fixated on the first desk of his classroom, as usual but his eyes were not glued to the door of the classroom as usual. He was busy reading a book, instead. Somewhere deep in his heart, he had given up on chasing after Kritika or having anything to do with her. He knew she was out of his league and no one around her would ever accept him in her life and he wasn’t even sure about how Kritika felt about him.

The thoughts suddenly started to cloud his mind, making him feel dizzy. Moreover, he barely slept the last night. For a moment, he looked up from his book to give a break to his eyes and right at that moment, Kritika entered the classroom. He looked at her and his breath suddenly got stuck in his throat but within seconds, he looked away, again looking at his book. Though his heart started to race, he didn’t let it show.

“Hey Vikrant! How are you?” he heard someone saying and he snapped his head up.

To his shock, it was Kritika. For a moment he looked at her with quizzical eyes.

“What?” he whispered to himself and saw Kritika standing in front of him awkwardly. “Uhhh…hi! I am…uhhh…good. I am good. How are you?”

“I am good too” she smiled and walked away. He friends followed her, hushing and giggling.

Vikrant raised a brow and felt his cheeks warming up. “What was that?” he thought, followed by a smile and butterflies in his stomach. He spent the rest of the day thinking about Kritika but couldn’t muster the courage to turn his head and look at her as he knew he suddenly felt too shy. Moreover, the previous day’s incident made him a bit quiet and stiff in the class.

From that day on, Kritika would greet and meet Vikrant every morning. Though she always said the same thing but Vikrant was feeling better and better every day. However, he still couldn’t figure out how to break the ice and start another casual conversation with her.

“Kritika. Hey! I wanted to talk to you…would you mind having coffee with me some time?”

He rehearsed in front of the mirror but ended up getting frustrated. He sunk himself in the chair kept beside him, giving out a cold sigh.

“Is it even a good idea?” he thought but then shrugged all the negativity off.

The idea of approaching Kritika and asking her out had exhausted Vikrant. He felt like his body was beaten up. With loads of self-doubt filled in his mind, he dragged himself out of the house and went to sit by the lake. He thought about stuff, about college, about Kritika, about his next project in hand, about people bullying him, and about some flashbacks from his past.

He dodged many things but his chest still felt heavy. A knot formed in his throat as he peeked into the lake’s still water, staring at his own reflection.

“You are hideous! You don’t deserve her” he thought.

Someone called Vikrant from behind as he was leaving for home after his classes ended. It startled him as he had stayed up late after the classes and at that point, no one was in the corridors. He turned around to find Kritika standing a few steps away. She looked at him and then looked away shortly before looking at him again. He felt a strong jolt in his chest with his hear racing, but tried to look calm and composed.

He adjusted the strap of his backpack on his shoulder as it suddenly felt pretty heavy. He waved at her, as no words managed to escape his mouth. Kritika approached him.

“Hey…” Vikrant spoke in a squeaky voice and then cleared his throat instantly. “Hey!” he spoke, deeply this time, adjusting his glasses.

“I am great! It’s been long since we hung out…you know…after school…” she spoke, a little lost. Vikrant nodded, rocking to and fro on his feet.

“Yea…I was wondering…maybe…uhhh…it’s my birthday tomorrow and I am throwing a party. You should come…” Kritika spoke.

“…kay! Cool!” she said and touched his forearm in confirmation. “So…I will ping you the location?” she asked, furrowing her brows, getting a little more uncomfortable this time.

Vikrant couldn’t help but adore her standing in front. His heart skipped a beat as the thought of standing there and talking with Kritika hit his mind. But suddenly, a crease formed on his face.

“Maybe…just email me?” he asked.

“Email? What the…” she spoke but bit it back. Vikrant was a little startled but Kritika covered it with a smile.

“Sure. She said. I have it with me. Will send you an Email. See you then!”

He nodded in response and watched Kritika leave with a grin forming on his face.

“Wow!” he muttered in surprise and walked out of the college, with a spring in his feet. 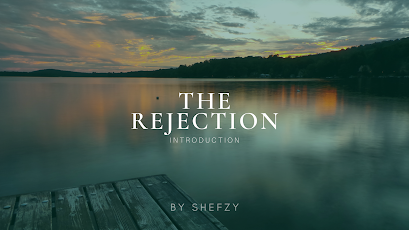 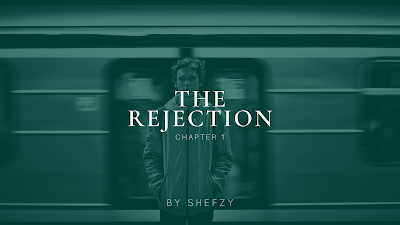 Vikrant stood at the metro station, waiting for his 9 AM metro to college. The crowd went bonkers around him as it was a rush hour. People would run and squish into the coming metros and others would scatter out of them like spilled beans. The Monday morning blues and the commotion of the crowd felt all somber and chaotic at the station, but Vikrant was unbothered by it all. Nothing could come between him and the coding book that he had been religiously reading for a few days now.   He stood there with the thick book in his hands and his bagpack slung on his back. His huge glasses covered most part of his boney face and his combed-over-greasy hair added to his geeky vibe. He stood with a slouched posture, lost in his book. Soon enough, the metro came and he carefully boarded it. For a moment, he looked around, at the people in the metro. He gave took a deep and calming breath. His commute to the college was the only time where he felt relaxed, aside from him being home. In these 30 min
Read more